“Keep in mind that when public figures get in trouble for something they said, it is usually not because they misspoke, but because they accidentally told the truth.”

Just when you think you are making progress to get people to see things from a different perspective, your faith in people’s fair play, decency and altruism is tested…and disappointed. After I (and other people) complained about the Anti-Semitic tone of the sermon title on the billboard facing out onto a busy intersection in front of Berean Baptist Church in Rohnert Park, the title, “Justice Mocked by the Jews,” was changed to “Fundamentals of the Faith.” I’m so very sad to say, the antagonistic sermon title has returned for part 2 of this sermon scheduled for Sunday, Feb. 15.

Choosing to ignore the aggressive undertone of their message, the sign again reads, “Justice Mocked by the Jews.” What is doubly sad is having had a conversation with my children about how it’s okay to speak up when you think something is wrong; to speak your mind when you see someone (or a group) hurting others based on race, religion, color or myriad broad terms. As in the case of this billboard message, I told them, sometimes it only takes one person to step forward so others feel comfortable to express their own objections to something they know—in their gut and their heart—is hurtful and wrong.

Life is busy, and my life is no different. The past few days, I had planned on writing a follow-up story about the sign having changed. I was happy to believe that maybe the message got through to Pastor Mark Smith that it is not right (or even Christ-like) to promote a message laced with hate. Give people the benefit of the doubt and be hopeful they simply didn’t see it that way. Everyone makes mistakes, after all, and you can’t please everyone all of the time.

But as my husband was driving past the sign Thursday, he called me and told me about the original message having returned. As well, a neighbor and more people called and contacted me. “Joelle, that message is back.” Out of all the people who contacted me regarding the sign, only one person is Jewish; that was my son who called as he passed the sign on his way home from school. 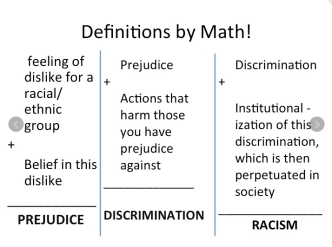 As I mentioned in a previous post, I do strongly support the right of this pastor to express his thoughts freely on behalf of the church he represents. As well, I strongly support that these church members (or followers of any religion) be able to practice their faith free of prejudice, exclusion, or being forced to convert to satisfy another’s beliefs. But what happens when one’s message infringes on another’s rights to feel safe and free from discrimination and hate, or worse? What do you do when a clearly broadcast message appears prejudice against a single population, and that message has sinister potential of provoking harmful acts against anyone in said group?

Throughout my life, I’ve had countless discussions with my mom and attorney father about how far these freedoms can or should be stretched before the resulting impact is determined to be injurious to others; or criminal. Often, dad would use the most direct example of speech being taken too far: “You cannot shout ‘fire’ in a crowded movie theater.” As members of modern society, it is expected one will weigh one’s freedom to speech against the full impact of expressing a message. Even young children learn quickly, words can injure; and just because you can do or say something, it doesn’t mean you should.

Muslim college students Deah Shaddy Barakat, 23, his wife, Yusor Mohammad, 21, and her sister Razan Mohammad Abu-Salha, 19, were shot and killed at an apartment complex near the University of North Carolina-Chapel Hill on Tuesday night (2-10-2015) by a neighbor.

It is when people come to fear or detest an entire group based on broad generalizations or stereotypes (especially when those messages are provided by community leaders) that it becomes “acceptable” for individuals to be injured, or worse. (Must I really bring up this week’s execution-style murders of the three Muslim college students in North Carolina and why the FBI is investigating the case as a suspected hate crime?)

Perhaps Pastor Smith should follow his own advice he wrote in his Feb. 4 blog. After referring to the world as “perverse,” he instructed his flock, “You cannot be a good citizen of heaven if you are not a good citizen here.” That was after he tied taxation to being the fault of the Jews, and mistakenly referred to Jews as those who had the power to crucify Jesus. Crucifixion was reserved as a Roman form of punishment and execution during their control of Judea; a time when historians note the crucifixion of approximately 60,000 Jews during the first century. Indeed, Jewish law forbids any such punishment because it is regarded as torture. Moreover, Pontius Pilate, Rome’s notoriously vicious representative, held absolute power over the region.

The world of journalism has been struck hard this week, topped off by the death of David Carr who was a respected writer for the New York Times. Something he said appears to ring true with this repeat performance by Pastor Smith who has chosen to shove his antagonistic sermon title into view of his church members and every car (thousands each day) that passes through the busy intersection. Carr said, “Keep in mind that when public figures get in trouble for something they said, it is usually not because they misspoke, but because they accidentally told the truth.”

When I listened to the pastor’s sermon, within the first moments when he discusses how people have been upset about the sign’s message, he mistakenly assumes any complaints must be related to the current Israeli-Palestinian conflict. Pastor, you have only addressed a tiny part of the larger community’s objections. Perhaps you should listen to your sermon podcast to gain some understanding of your bitter vehemence whenever you refer to Jews. You briefly remarked how your sermon referred to Jews during Jesus’ time, but your tone and choice of superfluous descriptions say otherwise.

You called Jews hypocrites of the worst sort. You used descriptions such as “den of thieves” and bully. You described Jews’ actions as “clandestine” and lacking honesty. You described how crawling things scurry away when you lift up a rock, and you said the Jews carried out their plan at night during which, you said, “Darkness is a cover for evil.” And then, “That says there’s skulduggery here. There’s sneakiness going on. This is cloak and dagger stuff.” 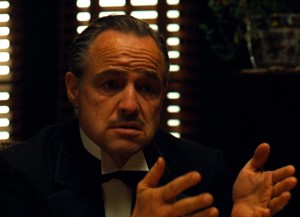 But wait…there’s more: You described people as “Jewish mafia.” You compared a Jew to “The Godfather” and made references to the mafia portrayed in the movie (I know some Italians who may object to your additional racial stereotypes). You mention the Marlon Brando Godfather Jew in your story who “is sitting there with the puffy cheeks.” You continue, “As long as Jesus lived, the money train is interrupted.” And as you round out your reference–because apparently you believe it is okay to speak of Italians based on gangster movies–you say Jesus is standing before “Don Corleone” and you add, “Put it this way. There was a hit put out on Jesus.”

When you spoke of the Jews’ trial of Jesus, you used the story as your example of how “The depravity of the human heart is not going to change.” Whereas your faith believes one is born with sin, mine believes one is born innocent. We are born Jewish. We don’t require “saving” in order to continue our traditions and beliefs; our morals and community; or the importance we place on family, freedom and education. You can keep your depraved hearts; the basis of your pitch used to collect souls in your church.

The Jews, you described in your story, “gouged us over all these years and (have) stolen our money from us!” You speak about Jews’ “violation of procedure.” And as you continued, it would appear you discovered a new way to beat a dead horse; and then, beat it again and again during your numerous “describe the Jews in stereotypical terms” moments that were accompanied by a quivering voice and crocodile tears that could disappear as abruptly as they began…“The reality of that bible truth is shown in the way that the Jews overthrew every, common decency; every semblance of fairness; every moral impulse to do what was right, was set aside by these Jews, in order that they might kill the most innocent of all.”

The thing that kills innocence is when people like yourself actually believe it is okay to say the things you did (over and over and over again), and in doing so, reinforce anti-Semitic, prejudice terms as though you were reading from a spelling list you handed out to the children in your religious school. The innocence killed is what you stole from my children who read your sign and felt the sting of anti-Semitism only a few blocks from their home.

You claim people passing your sign are being too “sensitive” and your words have no impact on anyone outside your church. Perhaps you see your sermon as a way to describe the hearts of all people, but your words ooze thickly with darker intentions. I hope you will come to realize, when you speak in angry tones and toss about foul descriptions in connection to a people–such as Jews, or in the case of last Sunday’s sermon, adding Italians to the mix–your assumption that people’s concern is focused on Israel becomes rather absurd.

Perhaps it is time you reflect upon what you said during your “Strong Faith” sermon (also on Feb. 8): “Unfortunately, people are more prone to believe the lies than they are to believe the truth.” The same goes for insults. “Nobody likes to have their sin exposed,” you told your flock. I invite you to consider your final thoughts in that sermon: “Examine your own faith…Have you considered how your faith affects others? Are people encouraged by what you do? Or are they discouraged by it?”