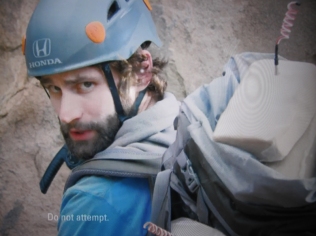 Is it really necessary for a car company to post the “Do not attempt” warning on its TV commercial that shows a few rock climbers slam an abundance of over-sized blocks of plastique on the face of a cliff before an explosion neatly shapes cars in stone? Other than an expectation of Johnny Knoxville accepting that challenge based on its superfluous advisement, are there people stupid enough to attempt this?

Can’t you just hear the advertising guys standing in front of a bunch of Honda suits displaying their sketched version of Mt. Rushmore and pitching this idea that further deteriorates the remaining respect for Presidents’ Day? 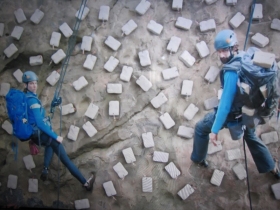 All images courtesy of Honda and CNN